Importance of Ethical and Fair AI 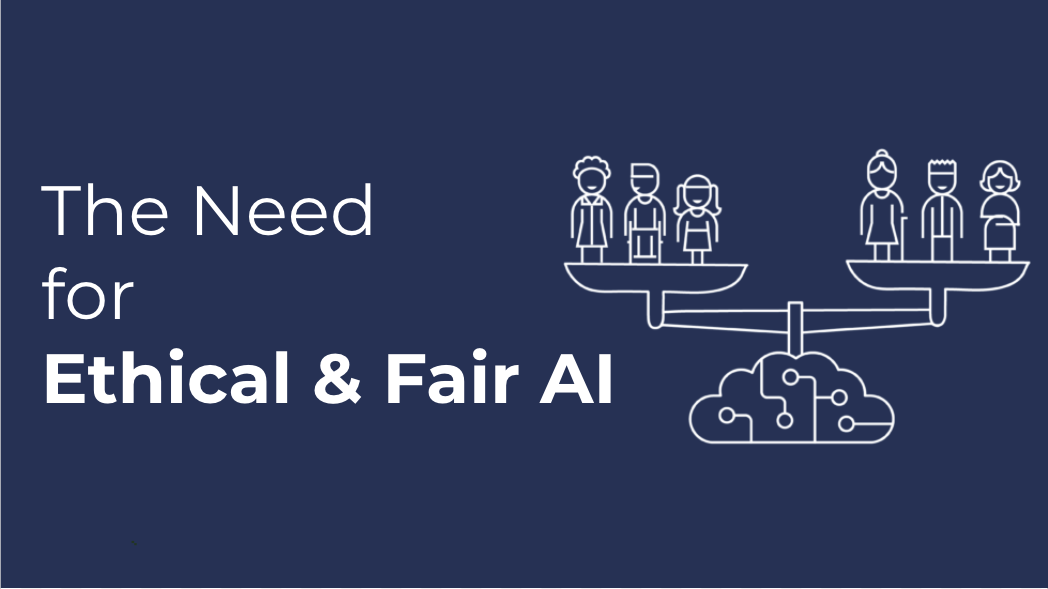 The vision of AI and innovative technology governing the world in the near future seems exciting, brightening, and yet skeptical. Despite the AI hype, we still have a lot of challenges to solve that are caused by the black-box nature of AI. As we still don’t understand what is happening under the hood, we are unable to gauge the reasoning behind decisions that black-box models make for us.

This results in a major key problem: the absence of ethics, trust and AI governance. To be more precise, it is the system's ability to explain that the results it has generated for us are fair and not biased towards a certain group of people based on their sex, age and color.

Recent debacles of AI have caused a huge gap in trust - especially in industries like healthcare, financial services and government agencies.

The main issue to point out is that AI does not have the same moral compass and principles as humans so it can easily develop a bias towards a certain race, gender, or religion - unknowingly. For instance, there were many flaws in Microsoft’s facial recognition systems as they were able to recognize the gender of white men with more accuracy than the gender of men with darker skin. Similarly, Google’s image recognition system wrongly classified images of minorities as gorillas. Then there is also Tay, Microsoft’s Twitter bot from 2016. Microsoft described it as an experiment in "conversational understanding,” and Tay was supposed to learn and get smarter the more it engaged with people. Within less than 24 hours Tay went from casual and playful conversations to tweeting misogynistic and racist remarks that he learned from Twitter users. Nevertheless, if AI develops a bias, it is as an effect of how it was taught and trained. The increasing adoption of AI systems in our everyday life raises fundamental questions around the ethical morality of AI decisions and this concern is fundamentally enhanced by the lack of interpretability and explanation behind the outcomes of black-boxes algorithms and the subsequent doubts on whether the AI outcomes are guided by moral principles or not. Therefore, a solution is required that helps us understand the logic behind these black-box models.

Here is where explainable AI comes in. The main aim, intrinsic in its name, is to uncover, explain and interpret all the reasoning and the factors used in making a decision so data scientists and decision-makers can audit these black-box machine learning models. Its application can, therefore, find solid ground for the development of responsible AI and ethics. According to the experts in the field, to be ethical, AI must be explainable. Interpretability, transparency and explainability are the key points for its development because they aim to help us remove biases and to build a trustworthy system. Interpretability will help to ensure impartiality in the decision-making process and it will be crucial for answering one of the most pressing questions, such as building users’ trust. Without transparency, users may struggle to understand the system they are using and the associated consequences.

AI must be safe, trustworthy and reliable, and systems need to be programmed to act with integrity. The adoption of xAI is crucial when it comes to making ethical decisions based on the outcome of AI models. Producing a trustable and fully explainable outcome that takes into account all the variables may prevent errors in implementation. This is achieved by the renewed ability to identify errors at each step and then by using our ethical principles, guiding the AI to include them as well in the decision-making process. Let’s take the healthcare sector as an example: if the AI system is able to justify its reasoning to the medical practitioner on why a certain patient is more likely to be diagnosed with cancer as opposed just giving an answer, we will be able to generate more value with AI and identify inherent biases, if there are any, with confidence. Then by matching our ethical guidelines, we can align the results and make a better judgement.

Through the implementation of explainable AI, AI systems have the potential to adopt ethical practices and will help build a more fair and transparent AI ecosystem.