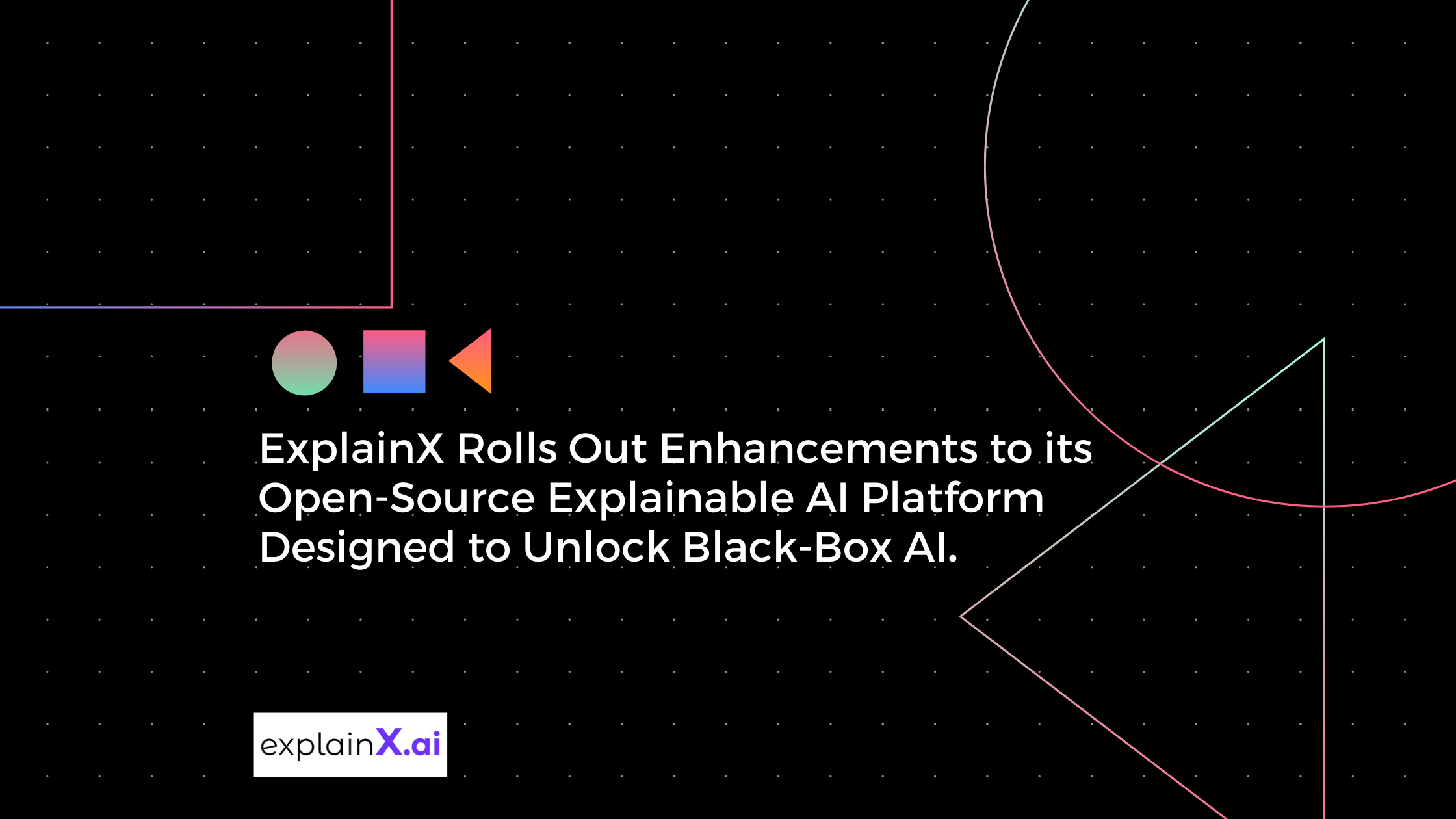 Gartner research indicates that by 2020, "85% of CIOs will be piloting artificial intelligence programs through a combination of buy, build, and outsource efforts." Ultimately, companies have embraced the value of artificial intelligence and machine learning. But to make a disruptive impact in organizations, AI has to be trusted. As we delve more into trust, ethics and biases, it is critical that organizations have the support they need to build trust in their AI systems. ExplainX’s new enhancements will empower data scientists to remove biases, build trustworthy and ethical AI.

In the latest release of the platform, explainX has introduced:

“We believe that explainability and fairness in AI are becoming extremely crucial as more companies adopt AI - with this release, we are enabling individual data scientists and researchers to dive into how their AI models perform. The purpose is to ultimately help them build a narrative that decision makers can easily understand and trust - leading to a jump in accurate decision making” said Raheel Ahmad, co-founder and author of explainX.ai. “With our open-source model and enhancements, we are making it extremely seamless for literally anyone to explain any black-box AI model they have” said Muddassar Sharif, co-founder and author of explainX.ai.

Users can get started with explainX by either installing through PIP (pip install explainx) or cloning the repo from explainX’s Github repository.

With the mission of bringing trust and transparency in AI systems, explainX is calling for fair and responsible AI systems. For more information, visit https://www.explainx.ai, and join the conversation on Slack and LinkedIn.